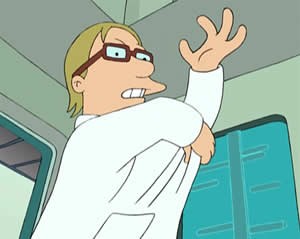 Or at least the House Of The Future.

I went to Grand Designs Live yesterday at the NEC. One of the things I was excited about was the House Of The Future “stage” area they had, showing inventions and innovations that are either available now or will be available for homes within the next 5-10 years.

I actually saw the demonstration twice because there were a few..technical difficulties the first time round! The guy came on stage and started talking about what we can expect from a house in the future and started walking towards the touch-less wardrobes, which basically open when you get to them so you don’t need to touch them at all. …Except they didn’t open. So he took a step back and they started to open, so he walked forward again and they snapped shut lol! It was like a comedy version of a futuristic home! This happened a few times and in the end he opened it with his hand, but still the wardrobe wanted to be closed and kept trying to shut on him while he was holding it open. So eventually he opened one of the draws inside the wardrobe and used it to prop open the door…which was still intent on closing and either trapping him in/out or chopping him in half. Then there was a power-cut lol!

So at this point, home of the future was not really much better than home of today!

I went back later, after the power to the stage had been turned back on again and was pretty impressed by most of the things on there. Some weren’t really very innovative, some were very interesting but not things that I’d want to use myself, but there were a few I’d like to have in my home at some point in the future.

The touch-less wardrobes looked a lot of fun (when they didn’t have a mind of their own lol!) but I think the novelty would wear off, and I’m not sure I’d like the doors opening every time I went near them. Inside the wardrobe were fingerprint scan draws. Basically this means that only you can open your draws by having your finger scanned each time you want access. Unless you have super secret pajamas that noone else is allowed to see, I didn’t really grasp the need for this – especially as you’ll have someone in the home doing the laundry so then how will they get the clothes back into the draws? Do they have access to all draws in the house then…kind of defeats the point of it.

Fingerprint scanning for office draws I could understand. But for your socks? Really?

Next He talked about an oven that has a built in chef and engineer. These are available now (although not cheap, I’m guessing) and what it means is the oven will learn how long you put your potatoes in/how crispy you like them, if you want your beef undercooked or overcooked, etc and if it has a fault the internal engineer will log what has broken and tell the real life engineer which parts to bring. It’s good for saving time as far as the engineering diagnostic goes, but what happens if the internal engineer is the part that breaks? He didn’t cover that in the talk. It’s an interesting idea though and one that I’m sure will be improved over the next 5-10 years.

Also in the kitchen was an induction hob. Now this is something that did impress me and I’ve already told my husband that I want to have one when we buy a house (we rent right now)! The hob never gets hot. How does that work? You need to have special induction cookware to use on it but basically there is an electrical reaction between the hob and the base of the pan, so the pan will heat up (because the base of the pan produces the heat electrically) but the hob itself stays perfectly cold. Why is this so good? It means the surface won’t be something to worry about kids putting their hands on and burning them (or even big kids doing the same because I know I’ve done that once before!), if something spills out of the pan, or boils over, there’s no hassle cleaning the hob because it’s cold and will just wipe off no problem. There aren’t any raised dials, everything is touch pad, so again that’s ease of cleaning. Obviously if you’re cooking something on there for a long time then the area of hob under the pan will start to get warm due to basic heat dispersion.

On the same principal, induction, they talked about wipower – wireless power. This would mean no more cables for laptops, you would be completely wireless and able to have a charge in your battery wherever you wanted to be in the house. No more cables to TVs – have it freestanding in the middle of a room if you wanted. Vacuum the whole house without needing to move the plug, and mow the front and back garden without any power cables at all. This impressed me a lot. It’s not at the mowing the lawn stage yet, but is available in the form of wipower pads/areas where you can just place things ontop (mobile phone placed down on your desk, etc) and they will essentially be “plugged in”, only without any wires.

Next was a waterless, soapless dishwasher. This was impressive but I wouldn’t want one personally. It cleans the dishes/plates/etc through sonic waves and all the dirt and grime from them can then be used on a compost heap. There was also talk of a clothes “freshner” product along the same lines – if you’ve worn something for a day, it’s not dirty but you don’t think it’s clean enough to wear again, pass it through the freshner and sonic waves will “blast” it clean/fresh so you can wear it for another day without needing to wash it.

Something that I liked a lot, but had seen on TV shows before, was privacy glass. It’s basically glass that you can “turn off”; it will become opaque when you click a button. This impressed me and again is something I’ve told my husband we should get when we have our own house. The benefits are quite numerous and include not only things like privacy and not needing curtains, but also shading and heating benefits, UV filtering and versatility. I’m not sure if curtains will actually go out of fashion – there’s something luxurious about them, especially in winter, that makes you feel quite snug. But I think being able to turn glass off, especially in the summer and in hotter climates, would be a great addition to a house.

There were a few things revolving around the bathroom that didn’t really impress me at all, so I won’t mention those here, and a light for the bedroom to help you sleep that was equally unimpressive.

3D TV was the final item on the stage. Sky 3D launched earlier this month so they talked about all that was involved with that. I hadn’t had a look at a 3D TV before so I gave it a go while I was there. The idea is impressive but I have to say I haven’t been impressed with 3D in general lately. To me, 3D means watching something and having things pop out of the screen at you, but the past several years 3D has turned into having thing projected back from the screen instead. Which just doesn’t seem worth it. The Sky logo comes out of the screen at you in the 3D demo and that was great, with the water droplets floating around right in front of your face! But then the rest of the demonstration it was from shows and movies and they all do the pushing-things-backwards tactic, which doesn’t impress me at all. So I’m going to skip 3D TVs and stick with our HD TV until hologram TV comes out, which is sure to be the next TV step!