Well, maybe not quite when this photo was taken – it was still very frosty some mornings! But my cats once again took up residence on the bedroom windowsill to soak up the sunshine, thus stating that Spring was officially on the way in! About time too, they both agreed. 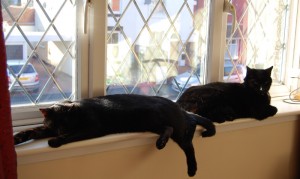 I just want to add an apology for my lack of posts lately, I’ve been battling with a flu bug that took me out of blogging-action for a while, but thankfully I’ve now won the battle and am feeling much better 🙂 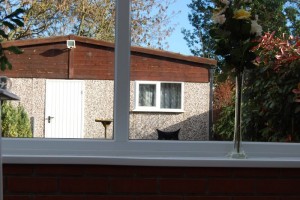 …and he is not amused!

This is one of my 2 cats, they’re brothers, who didn’t want to come inside but thought I was the meanest owner on the planet for not stopping the breeze outside that was ruffling his fur. I know, shame on me!

This is my post for Weekend Cat Blogging, this week hosted by Pam at Sidewalk Shoes 🙂